Müller cells, the dominant macroglia cells of the retina (Fig. 1), maintain the homeostatic functions of the retina and thereby assure a correct tissue function. The retina has to face various challenges such as an enormous energy demand and a high level of oxidative stress. Müller cell stem processes span the whole thickness of the retina and myriads of fine side branches allow an intimate interaction with virtually every neuronal structure and blood vessels in the retina. Müller cells orchestrate functions, which are performed by distinct glial subtypes (e.g., astrocytes, oligodendrocytes, empendymocytes) in the brain and, thus, can be considered as "model glia". They nurse retinal neurons by the supply of metabolites, by the release of trophic factors and by the recycling of neurotransmitters. Additionally, they maintain the retinal ion- and volume homeostasis within the tissue. Aside these "housekeeping" functions, they are potentially involved in the modulation of neuronal information processing as they are capable to release so-called gliotransmitters (e.g. substances like glutamate or ATP). Finally, Müller cells also serve as living light guides in the inverted vertebrate retina due to their specific morphological and biophysical features transferring the incoming light that hits the retinal surface down to the light-sensitive photoreceptor cells – a function that might be of relevance under dim light conditions for an improved retinal sensitivity. 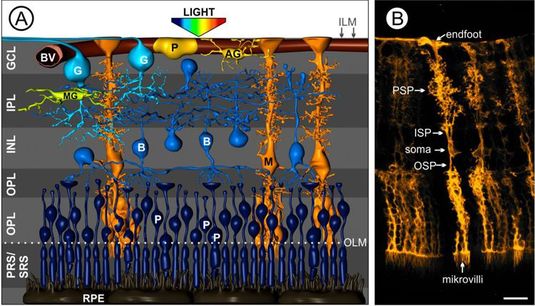 Fig. 1 Müller cells in the vascularized retina.
(A) Artist’s view on the cellular composition of a vertebrate retina. The cell bodies of retinal neurons are arranged in three nuclear layers – the ganglion cell layer (GCL), the inner nuclear layer (INL) and the outer plexiform layer (ONL). The somata of the light-sensitive photoreceptors (P) are tightly packed in the latter and, thus, light has to pass all retinal layers to reach them. The synaptic contacts mediating the information transfer are located in the outer and inner plexiform layer (OPL, IPL). Aside Müller cells (M, orange) as the main macroglial cells in the retina, there are astrocytes (AG, yellow) exclusively located in the nerve fiber layer and microglia (MG, the immuncompetent cells of the retina, green) residing in the plexiform layers. B, bipolar cell; BV, blood vessel; OLM, outer limiting membrane; ILM, inner limiting membrane; RPE, retinal pigment epithelium; PRS, photoreceptor segments; SRS, subretinal space. Modified after Reichenbach and Bringmann, 2010. (B) Highly specialized morphology of Müller cells in the mouse retina. OSP, outer stem process; ISP, inner stem process; PSP, perisynaptc processes. Scale bar, 20 µm.

1. The glia-to-neuron cross talk – implications in health and disease

The relevance of gliotransmitter release (e.g. release of neuroactive transmitters from glia cells) and its impact on the integrity of the nervous tissue is under debate – especially regarding its contribution to the fast neuronal information processing. We could demonstrate that the glutamate released in the course of this signaling cascade is set free via calcium-dependent exocytosis, while ATP rather left the cells via hemichannels. Currently, we focus on the investigation whether the transmitter release by Müller glia in the pathologically altered retina changes throughout the disease. This is of great interest as earlier data already stimulated a discussion in the literature about the possibility of, for example, a contribution of glial glutamate to a cytotoxic hyperexcitation of neurons during ischemic or epileptic events. A better understanding of these processes will facilitate the development of innovative therapeutic strategies considering the glial component of the pathology.
Being interested major molecular avenues of glia-to-neuron communication, we set out to investigate information transfer exosomes. Currently characterizing the content of this exciting intercellular molecular shuttle system highly active in Müller glia, we hope to get new insight into the physiological relevance of exosomes in the retina and their putative role in disease associated changes in the glia-to-neuron cross talk.

Whenever pathology is ongoing in the retinal tissue, Müller cells show typical alterations of their physiological properties and the secretion of potentially neurotrophic factors. The relevance of glial activation under pathological conditions is still under debate. Some authors postulate it being primarily detrimental for the long-term survival and/or regeneration of neuronal structures, while others point out neuroprotective aspects of this reaction. We demonstrated that this reaction includes changes in the electrophysiological properties (dramatic down-regulation of Kir4.1 potassium channels) of Müller cells and a concomitant loss of their ability of volume regulation (Fig. 2) resulting in a constrained ion- and volume homeostasis of the Müller cells with likely consequences on other retinal structures. The biophysical features of Müller cells are altered due to an enhanced expression of cytoskeletal proteins such as vimentin and GFAP. Finally, Müller cells actively secrete neuroactive factors, while considerable changes in the "release pattern" were reported for gliotic Müller cells. Although having intensively studied and described these changes in Müller cell physiology associated with their gliotic activation, we are just starting to understand the impact of each aspect of this process on neuronal surviavla and there is still no satisfactory answer to the question why the cells change their features that dramatically – to better meet the needs of the neurons under the pathological conditions or simply to assure their own survival in this more demanding environment (thereby probably paving the way for a regeneration of new neurons from Müller cell derived stem cells)?

The aim of our current research is to entangle how each of these alterations of Müller cell functions in the course of gliotic activation impacts on retinal tissue integrity and to identify new therapeutic approaches focusing on the modulation of Müller cell activation basing on the knowledge acquired on this project. To this end, we apply cell type-specific expression profiling techniques such as RNA sequencing and proteomic approaches to get an unbiased glimpse into what changes the Müller cell phenotype under specific disease conditions.

Fig. 2 Müller cells in the healthy and postischemic retina.
Left, immunolabeling for the marker of Müller cell gliosis, GFAP, demonstrates a strong up-regulation in Müller cells of the postischemic, much thinner retina. Lablings for cellular retinaldehyde binding protein (CRALBP) served as general marker for Müller cells.
Center, setup used to detect the ability of Müller cells to counteract volume changes under hypotonic conditions in vital retinal slices. The inset shows a Müller cell soma labeled with the vital dye Mitotracker Orange.
Right, Data obtained with the before mentioned setup. While normal Müller cells keep their volume constant even when challenged with hypotonic solution, gliotic Müller cells swell immediately. However, co-application of vascular endothelial growth factor (VEGF) restores the capability of gliotic Müller glia to counteract volume changes – the cells do not swell.

Considering their multiple functions, their exceptional morphological features and their good accessibility (both, from the vitreous and the subretinal space), Müller cells appear to be the ideal targets to develop innovative therapies for retinal diseases. Accordingly, the aim of our future research will be to specially address Müller cells with well-established vector systems (e.g. viral vectors) to either modify their features in the course of a specific retinal disease or to overexpress factors (e.g. anti-inflammatory mediators, neurotrophic factors) to promote a better survival or even a regeneration of retinal neurons.